Franklin Restaurants Serve Pizza with a Great Variety of Toppings

You are here: Home / Info Articles / Franklin Restaurants Serve Pizza with a Great Variety of Toppings

Pizza – where did it come from? Italy? Greece? Egypt? There doesn’t seem to be a definitive history of pizza, but an article posted on the site Passion~4~Pizza takes a look at the different possible origins of this famous food.

Around 500 B.C., Persian soldiers used their shields for baking flatbread that they cover with cheese and dates. In the first century B.C., Roman poet Virgil alluded to a pizza-like food in one of his works. Some probably won’t consider it pizza, though, as it was not cooked in an oven. 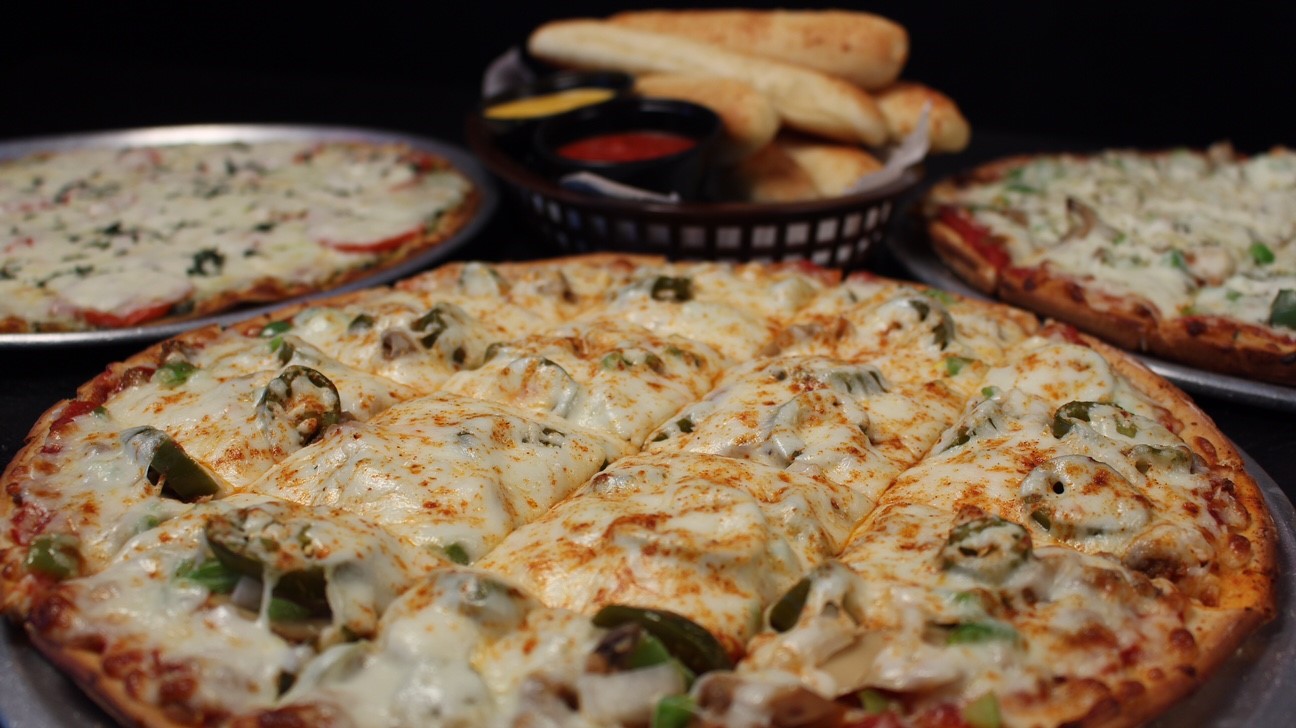 The ancient Egyptians and Indians had flat breads baked in ovens, but these lacked toppings. The ancient Greeks, meanwhile, had plakountos, an oven-baked flat bread with various toppings. Greeks also found Naples, Neopolis back then, which is considered by many as the home of modern pizza. The ancient Neopolis, though, was a part of Rome along with Pompeii, where archaeologists uncovered flour cakes and tools similar to those used in cooking pizza today.

With the differing arguments, it’s up to you to decide which one you’d consider the real “origin” of pizza. Pizza lovers may differ on the place which they believed invented pizza, but they surely all agree that this flavorful food is one of the greatest ever invented by mankind. You don’t need historical knowledge for that, anyway – just your taste buds.

All that talk probably made you crave for some pizza – steaming hot and fresh out of the oven, filling the air with rich aroma from spices, with all the assorted toppings partly submerged into the melted cheese. Well, don’t fret. The Willard, is one of the best Franklin restaurants serving great-tasting pizza to satisfy that craving.

Pizza Toppings to Choose From

Franklin pizza restaurants offer plenty of choice toppings, including the most popular one—pepperoni. There are also mushrooms, black olives, peppers, tomatoes, onions, bacon, chicken, jalapeños, and all sorts of extra cheese. The Willard presents different combinations of these ingredients and topping choices in their signature recipes, to satisfy varying preferences.

If there is no combination that fits your taste, you have the option to build your own. Some restaurants, such as The Willard, allow customers to choose from an assortment of favorite and non-traditional toppings, including sausage, green olives, ham, banana peppers, and pineapples.